Stuart Hollinger is a Kaua'i based singer and musician. Since paving his professional career, his work has been characterized as a blend of rock, country, and Hawaiian versatility. His accolades include two Na Hoku Hanohano Awards for Rock Album of the Year for his albums Endangered Species in 2016 and Dangerous Crossing in 2014. Stuart's inspirations stem from his Polynesian heritage, his love for farming and raising chickens.

Stuart's body art is the story of his life. It lends strength to his music. His wife is represented by a large sun placed over his heart. The boar tusk was given to Stuart by his wife’s hanai (informally adopted) Fijian parents, who are descendants of royalty. It represents responsibility as a leader.

His family members are symbolized as animals. He has a honu (Hawaiian sea turtle), a pueo (owl), makani (the wind), pohaku (stones), manu (shark) and little geckos for his grandchildren. On his fingers are fresh waters, wind, strength and the awa plant. 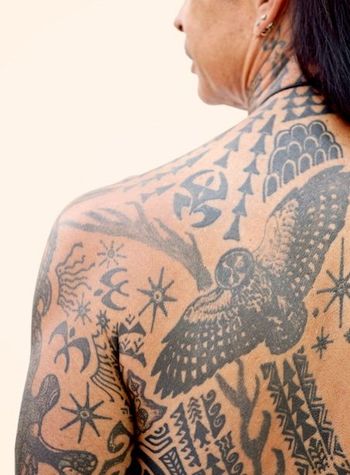 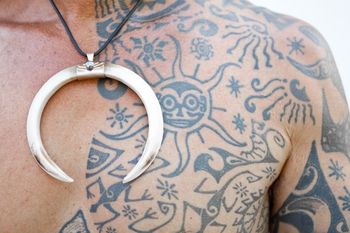 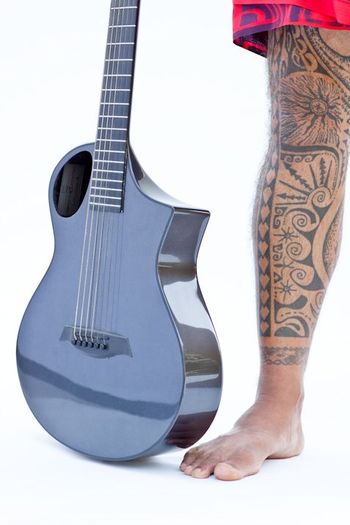 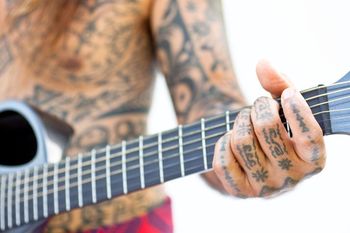